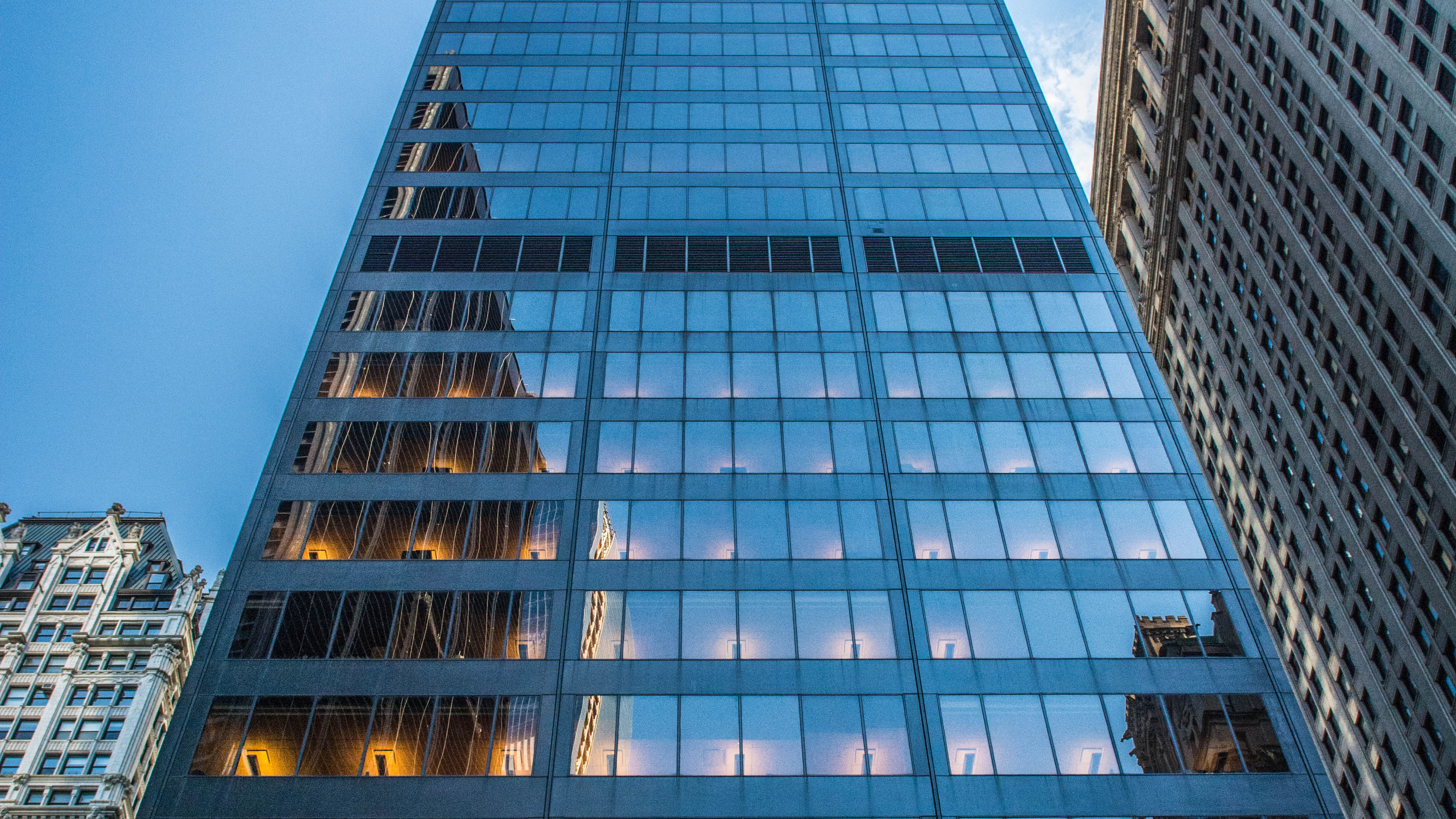 Scroll Down to Financial District Listings (18)

Manhattan's Financial District is known as a nerve center of the national and world economies. The Financial district offers impressive class A office space for lease, sublease and sale. Despite many financial firms and banks operating in Midtown, Penn Station district, or Grand Central district, the Financial District remains unequaled in prestige with such financial landmarks such as Wall Street, the New York Stock Exchange, Federal Reserve Bank of New York, Bowling Green and its famous charging bull bronze statue, and the World Trade Center. JPMorgan Chase, Goldman Sachs, and Deutsche Bank all reside within the district. Additionally, Conde Nast has made news recently by preleasing 1 Million - square feet in the new World Trade Center development which has turned the perceived notion that the Financial District is only home to financial services firms completely on its head.

The district boasts an impressive 38 Class A properties, which also happen to be among the best Class A deals in the city on a per square foot basis. There are 24 Class B and 26 Class C properties available for great deals. The smaller number of these compared to Class A properties indicates the trend in converting older NYC office space into residences. Major office buildings in the area include the Woolworth Building, Equitable Building, World Trade Center Buildings, 40 Wall Street and Trump Building.

The area is also home to a resurgent community of new retailers and residential buildings, creating a more mixed use district of office and residential properties. As a result, dining and shopping options abound as never before with many neighborhood residents also working here.

Tungsten Property has great inventory and experienced knowledgeable real estate professionals available to assist you in your search for Manhattan office space for lease (including short term), sublease, sale.

Interested in office space in Financial District? Enter your email and a broker will reach out to you and design a custom search to match your criteria.

Email Sent. Elie Reiss, our neighborhood specialist will be in contact with you shortly.

Please use a real email address.